Coronavirus and Europe - Storm Beneath the Calm

Over the years, I have had the good fortune of travelling to many countries - one of which is Italy. Italy is a beautiful country with many historic cities - Rome, Vatican, Florence, Milan, etc. The travel and tourism industry is the largest industry in Italy - accounting for ~13% of Italy’s GDP.

The coronavirus pandemic has torpedoed the travel industry. Large parts of Italy are on lock down after being hit by the biggest outbreak of COVID-19. All famous tourist attractions are closed for now and not likely to open before mid-May. People plan for travel many months in advance — even if things do open there is likely going to significantly lower level for a few months. So, in effect the tourism industry is going at close to 0 revenue until August. The problem is tourism is seasonal. Looking at air traffic in Europe: 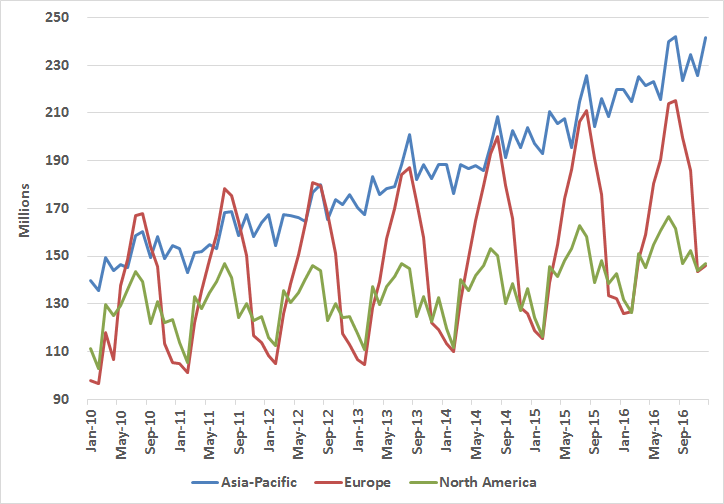 The summer months from April to September represent the peak. However, unlike in other countries there is significant seasonality - likely due to high flux of foreign tourists. The COVID-19 shutdown effectively means a lost year for businesses (except some like ski resorts) in the travel industry. No business can survive that ! The same problem is faced by other countries which have high tourism as percentage of GDP - Portugal (20%), Greece (18%), and Spain (15%) - also referred to as PIGS. PIGS were the troubled countries in the Eurozone before the COVID crisis. They have high debt to GDP, little growth, high unemployment and troubled banks. The unprecedented slowdown of a sector as vital as tourism does not bode well for these countries that have barely grown for 10 years and whose banks continue to be plagued by systemic problems.

(Italy, tourism) is just the one pair – the poster child. The COVID-19 crisis affects many industries in every country - some more so than others. There is going to enormous second order effects – many retail stores will fail, advertising dries up and newspapers that rely on them will perish, what happens of airlines, can restaurants - many that were tethering on the edge pre crisis survive, etc. There will be massive stimulus needed to make sure there is no great depression.

The Eurozone is an interesting construct, all countries share the same currency and coordinate on monetary policy (interest rates, etc) but countries set their own fiscal policy. In order to ensure ‘fairness’, each country agrees to maintain fiscal deficit below 3% of GDP and debt to GDP below 60%. PIGS economies are weak. In the normal world, when a country’s economy weakens - the currency depreciates. However, in the Euro world - PIGS currency doesn’t weaken as it is tied to Germany. As a result, over the years when PIGS economies weren’t doing well, they ended up borrowing signficantly more than the 60% cap - that’s before the crisis. 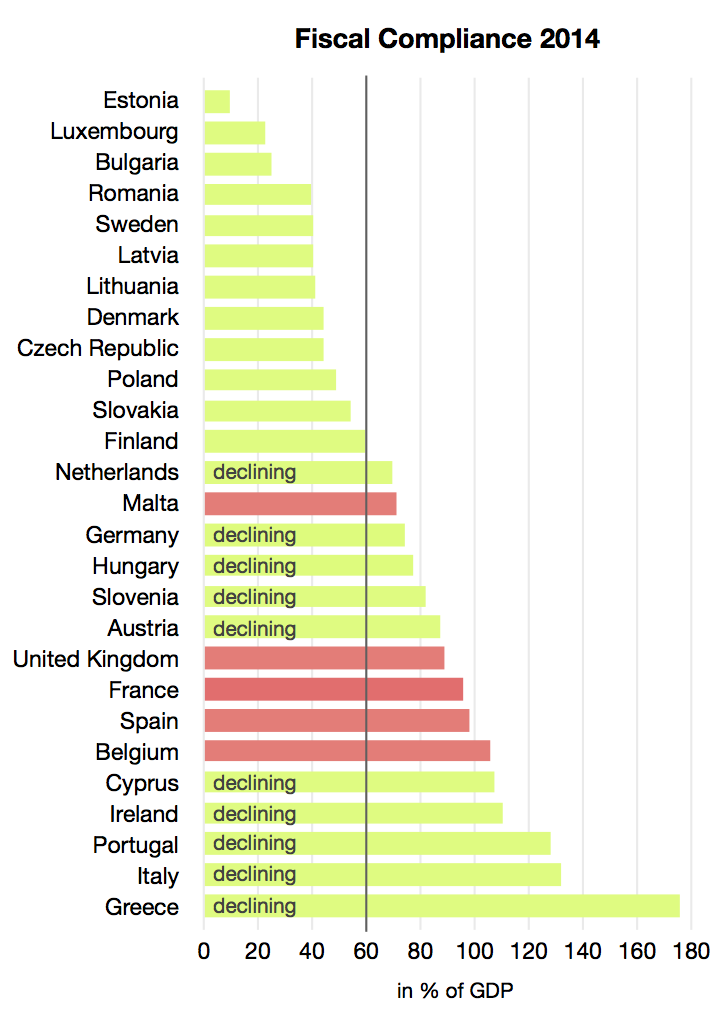 PIGS have over the years borrowed on Germany’s credit instead of reducing spending, now the quandary is will other counteries bear the cost of funding the stimulus package of PIGS. The country caps in ECB bond buying have been almost hit for the PIGS. So now there is discussion on issuing joint eurozone Corona bonds. It remains to be seen what happens next ?! The sheer scale of stimulus needed makes me feel voters in Germany won’t be happy to know they have to foot the bill for Italy.

There are debt cycles, ups and down - short-term and long-term. In the 2008 crisis, lot of private sector debt got shifted to governments. Now consumer, corporate and government is indebted. The Euro situation could be the match that could the trigger a major debt crisis.